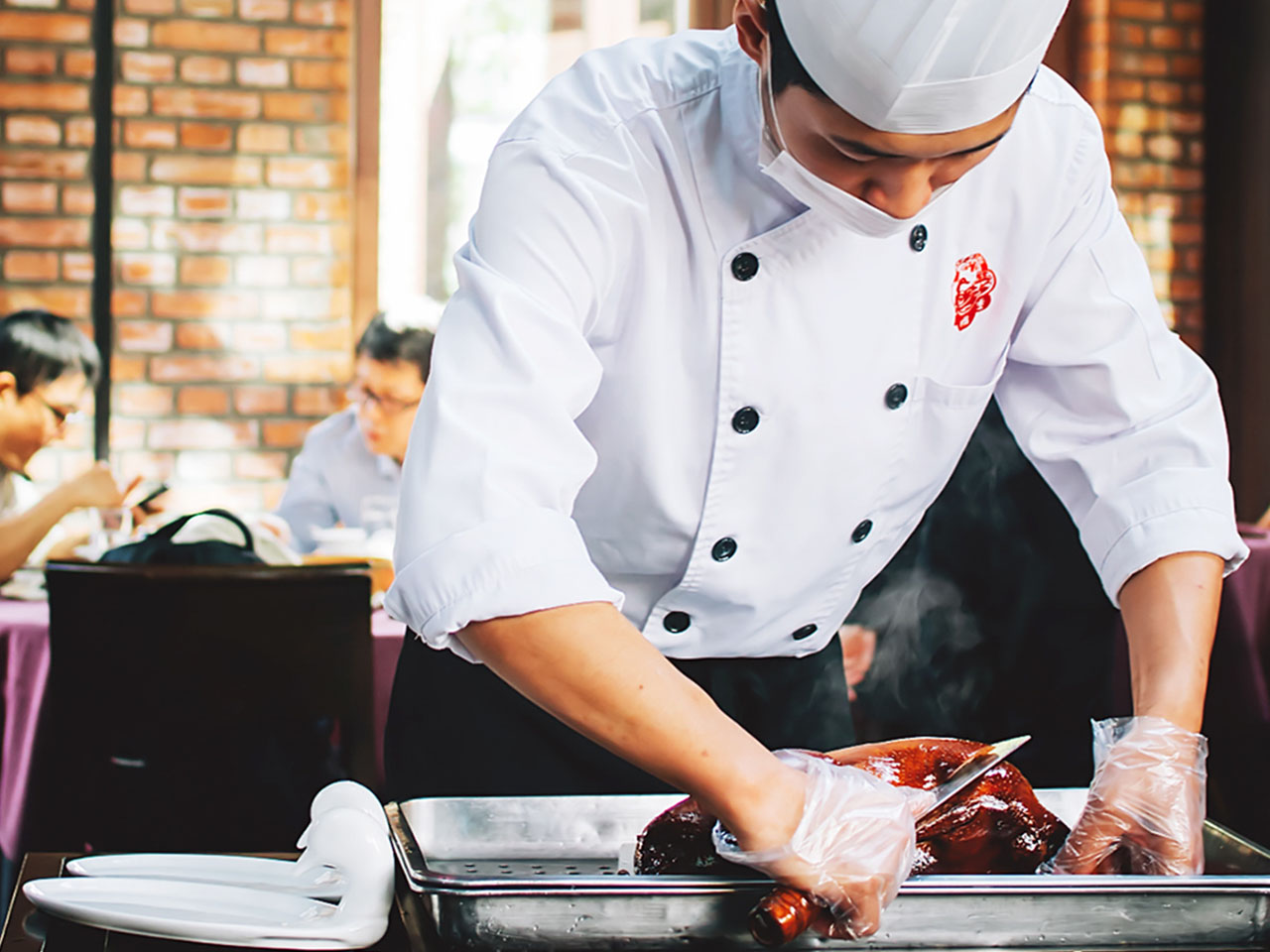 According to the locals, you haven’t been to Beijing, China if you done these 5 things:

2. Climb the Great Wall of China

3. Visit a jade factory and buy some jade – but I believe this is just a sales pitch

4. Watch Chinese Opera – if you can stand squealing that sounds like someone’s pulling a cat’s tail

Sometimes you have to take a pinch of salt to what you’re told in China, but I really do agree with point 5. You simply can’t come to Beijing without trying Peking Duck.

I thought I’d had some of the best peking duck outside of Beijing, but I was wrong. There’s simply no other place around the world preparing this fine dish quite like they do here in Beijing.

During this trip to Beijing I have just one mission, to find the perfect Peking Duck.

A dish with history

The city of Beijing has a long and rich history that dates back over 3,000 years. Whilst the Peking Duck might not have as long a history as the city itself, the origins of this famous Northern Chinese cuisine still date back to the Ming Dynasty, about 600 years ago. The roast duck was skillfully crafted to perfection as part of the Imperial Court menu and was highly regarded by emperors and other members of the ruling classes. Once confined to the kitchens of the Imperial Palace, this highly-guarded secret recipe was later smuggled out of the kitchen and onto the streets of Beijing. Lucky for us, now we all get to try this legendary delicacy, which remains a famous dish among the locals and tourists.

We based ourselves around the Old Beijing area and checked into The Emperor Hotel, which is only a stone’s throw over the 50-meter-wide moat and 10-meter-high defensive wall from the Forbidden City. The location makes a perfect base for exploring nearby tourist attractions, walking distance from Tiananmen Square, the Forbidden City, the last few remaining old Hutongs residential areas and also the Wangfujing shopping district. It’s a popular area for Expedia’s Aussie travellers, who usually spend 3-4 nights in the city.

About the Author Billy Law