The top five must-do foods on Oahu, Hawaii | Out There Starts Here 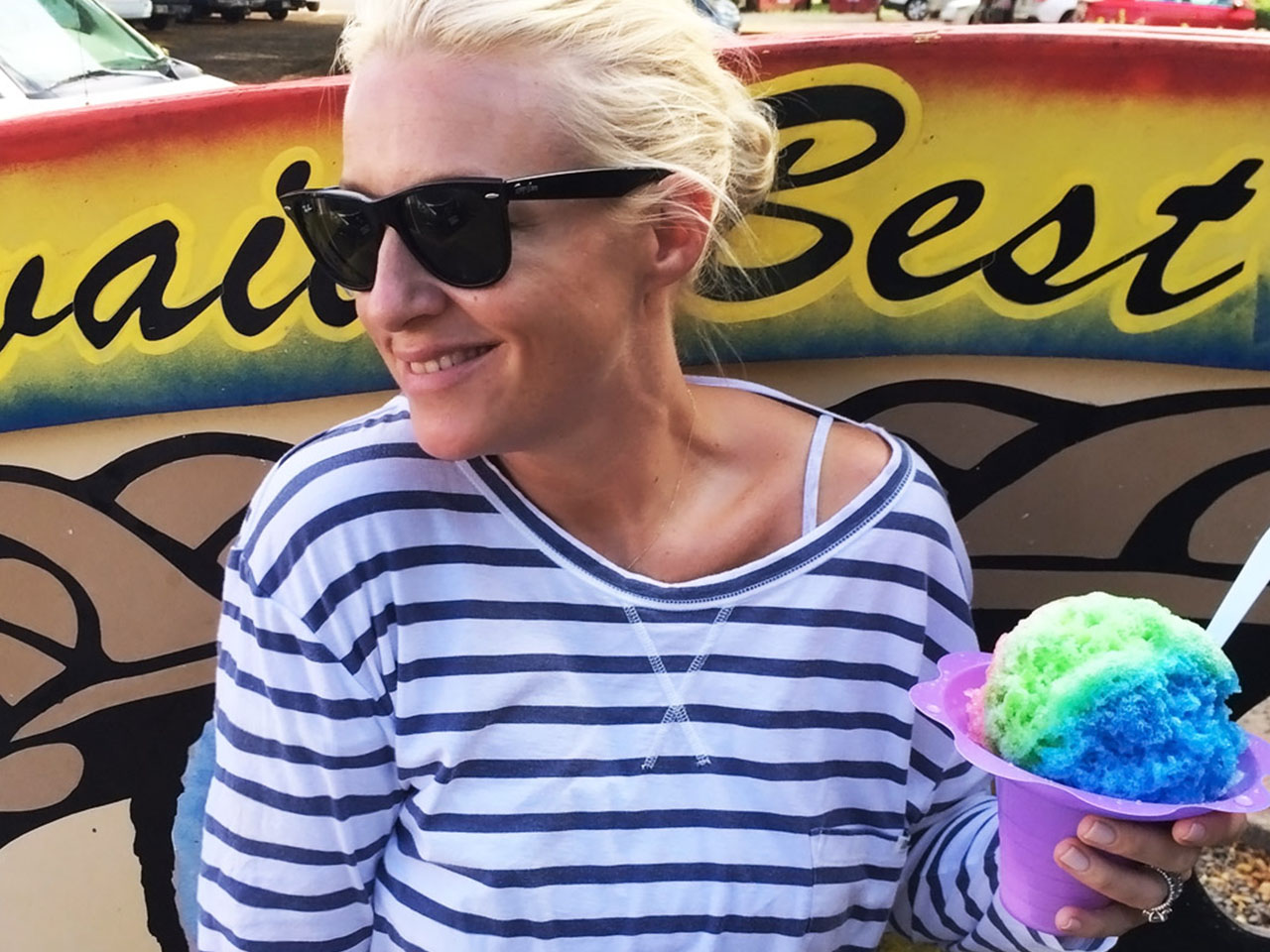 When it comes to food and travel, I subscribe to the ‘When In Rome’ school of adventure. I’ve been known to follow locals down many a winding street on the hunt for the best coffee, street food or cake.

The best way to experience a country is through its flavours and Hawaii doesn’t disappoint in the cool cuisine stakes.

Here are my top five local eats on the island of Oahu.

The North Shore of Oahu is as famous for its shrimp as it is for the big waves of Sunset and Pipeline. Nestled along the Seven Mile Miracle coast are a cluster of food trucks in the tiny town of Kahuku. All of them offer similar fare but boast their own secret recipes and sauces. Giovanni’s is arguably the most celebrated of the shrimpers and was the first to open in 1993 but I chose to eat at Romy’s based on a recommendation from some local surfers.

On offer was plain, hot and spicy shrimp or lemon butter shrimp. I opted for the one with some kick and it was delicious. The dish is served roadside with two scoops of steamed rice and you can either join the locals at the picnic tables (truck stop style) or take it to one of the picture perfect beaches nearby. A plate will set you back $US12 and includes at least 12 shrimp. Be warned, the queues during lunch can be brutal; so get there early for brunch or after 2pm. Romy’s Shrimp Truck, 56781 Kamehameha Hwy, Kahuku, Oahu

The best ice can be found in the town of Haleiwa, which is home to the world famous Matsumoto Shave Ice, founded by a Japanese husband and wife team in 1951. There’s a line out the door and around the block all day long.

I’m not good at queues, so I took another local tip and headed to the Aloha General Store, which is on the other side of the same town. There was a ten-minute wait but it was well worth it. The ice is as soft as icing sugar, the syrup is fresh and not sickly sweet and nothing prepares you for the burst of ice cream at the bottom of the cup.

About the Author Paula Joye