The Big Island's Big Volcano | Out There Starts Here 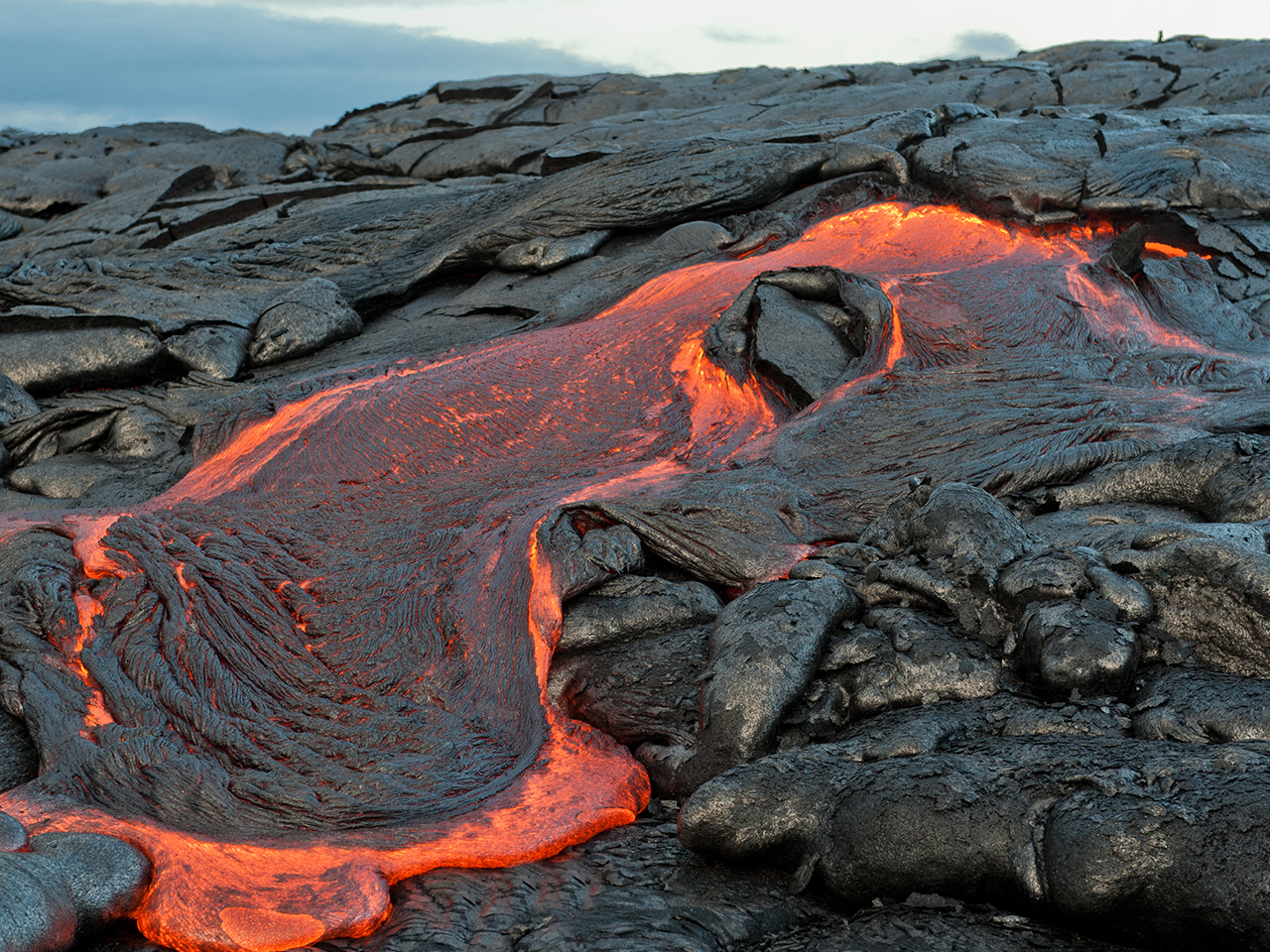 Visiting Hawaii isn’t all about lying on golden sand and surfing clear blue water. A short 45 minute flight from Honolulu and you’ll touch down on Hawaii Island, also known as the Big Island. What awaits is a world of captivating natural beauty and mystical Hawaiian history.

As the name suggests, the Big Island is Hawaii’s biggest island, in fact it’s nearly twice the size of all of Hawaii’s other islands combined. It’s not usually the first stop on the tourist trail, but it stands out as home to the Kilauea volcano, one of the most active volcanoes on the planet. Despite the destruction the volcano has caused, there’s still an overwhelming respect and reverence towards mother nature’s omnipresent spirit.

I get the chance to experience the best of this beautiful spot on a day trip with Polynesian Adventure Tours. The tropical rainforest climate means there’s plenty of luscious greenery and immaculate gardens, fenced between picturesque black shored beaches and clear waters. Orchard farms and botanical gardens also flourish. Rainbow Falls, Hilo’s majestic waterfall, has a spectacular vantage point that looks straight over the powerful cascading falls.

Exploring the historic town of Hilo is a chance to see the Polynesian influence on the region. After lunch though, the tour takes us 50 kilometres southwest of Hilo to the Hawaii Volcanoes National Park. A UNESCO World Biosphere and World Heritage site, it’s here where the true volcanic adventure takes place.

Next post Listopedia: once in a lifetime restaurants to visit around the World