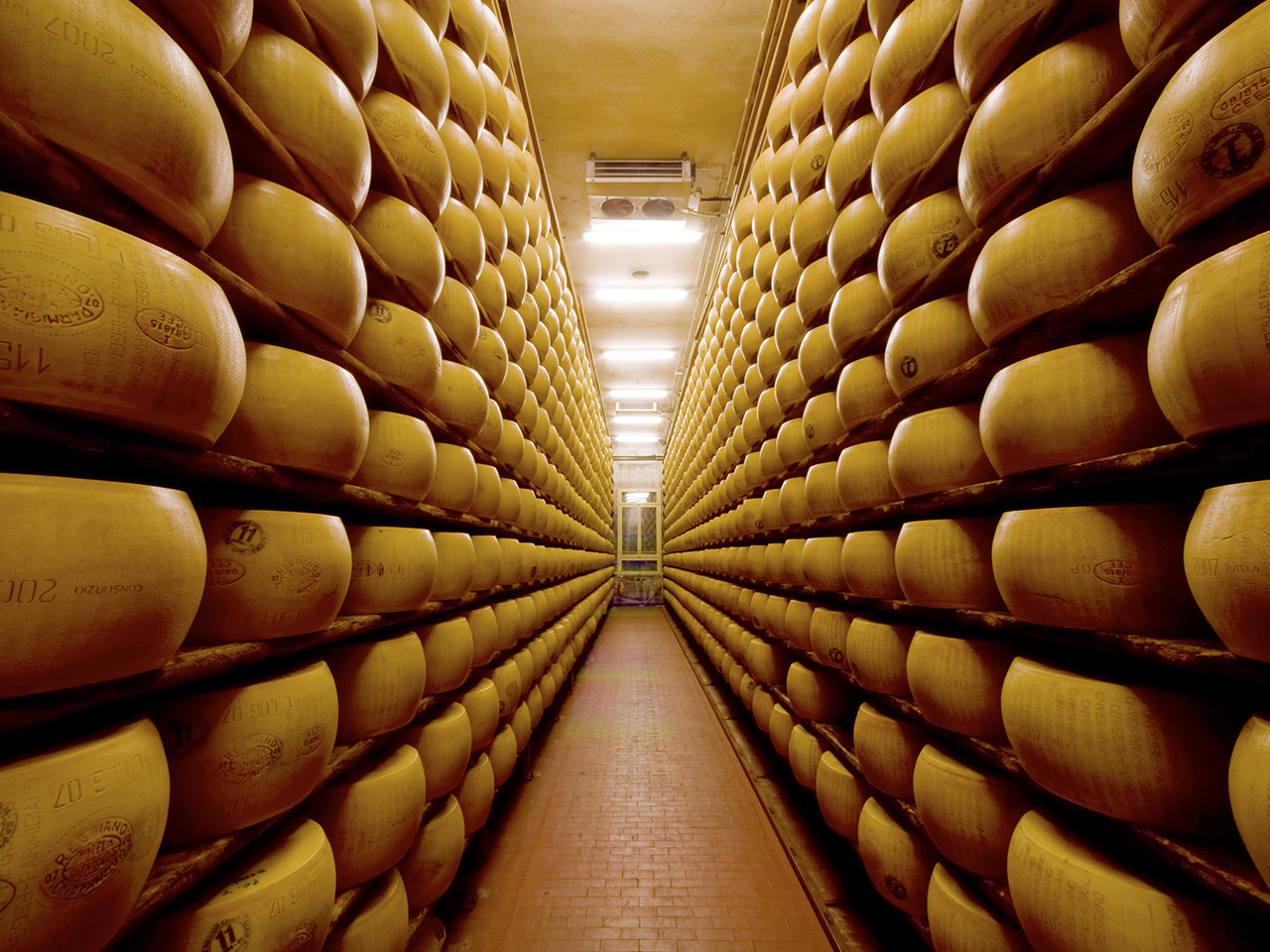 Brie, Camembert, cheddar, chèvre, Swiss, stringy, blue, white or bright orange – if you’re a fan of fromage, you’ll love this Listopedia Bucket List of all the cheesiest spots around the world.

With a protected designation of origin, real Parmigiano-Reggiano (parmesan to you and me) hails from the stunning Renaissance city of Parma. In between wandering the cobblestone streets and sipping espresso in the historic piazzas, head into one of the many delicatessens and ask to sample a piece for yourself.

In the market for cheese: Gouda, The Netherlands

Take a tour of The Netherlands via its cheese markets. This might sound too quaint to be true, but this is the country that brought you windmills and clogs. In the town of Gouda, (well, the name says it all) the city’s namesake cheese is sold in a summer market in front of the historic town hall and cheese-weighing house. A 400-year-old market revolves around wheels of the yellow stuff in Alkmaar. For real enthusiasts, complete the journey with visits to the remaining two cheese markets in The Netherlands, situated in Edam and the fishing village of Hoorn, situated on the shores of Lake Marker.

Fondue or not fondue: Gruyères, Switzerland

No cheese destination guide would be complete without a mention of the one-pot phenomenon that is fondue. We all know this a dish consists of melted cheese served in a communal pot (caquelon) over a small stove (réchaud), and is eaten by dipping chunks of bread into the gooey sauce, but who in invented it? Served in Switzerland, Italy and France, you’re spoilt for choice when it comes to sampling this guilty pleasure. For the quintessential fondue experience, it would have to be Le Chalet in the medieval town of Gruyères.

When you think of America and food, cheese might not be the first ingredient that springs to mind but over the past 10 years, the quality and quantity of artisan produces leading the whey (get it?) has skyrocketed. In Vermont alone there are 44 goat, sheep and cow’s milk cheese producers – so grab a cheese trail map and get tasting. From Alpine-style to washed rinds, there’s a cheese for everyone here.

Yes, you read that correctly. In Venezuela there’s an ice cream parlour that serves so many creative and quirky flavours, (more than 860, in fact) they’ve earned themselves a place in the Guinness Book of Records. Heladería Coromoto (Av 3 Independencia No 28-75) has been serving cheese-flavoured gelati for decades. If you’d prefer to taste some more local flavours, order a scoop of Mexican Sundae, which apparently tastes like black beans, beef, chili, onion and tomato.

Small but perfectly formed, the pretty village of Roquefort revolves around its world-famous sheep’s milk cheese. Tangy and smelly or rich and full-bodied, there’s no middle ground with this cheese, which takes on its distinctive blue-green tinge thanks to months of aging in the region’s limestone caves at the foot of Combalou Mountain. Take a free guided tour of the ripening caves at Papillon before sampling the flavourful cheese for yourself above ground in one of the town’s many brasseries.

Race for the cheese: Gloucester, UK

The perilous pastime of cheese-rolling takes place on the May Bank Holiday each year in Gloucester during the Cheese Rolling and Wake event and has done so since the early 1800s. As the name suggests, you’ll see locals and visitors from around the world hurtling down Cooper’s Hill in pursuit of a few wheels of (what else?) Gloucester Double. In 2013 a record 5000 spectators positioned themselves on the slopes to watch competitors trip and tumble their way down the almost vertical course. The reward? Cheese!