Listopedia: The Best Food Trucks in the World 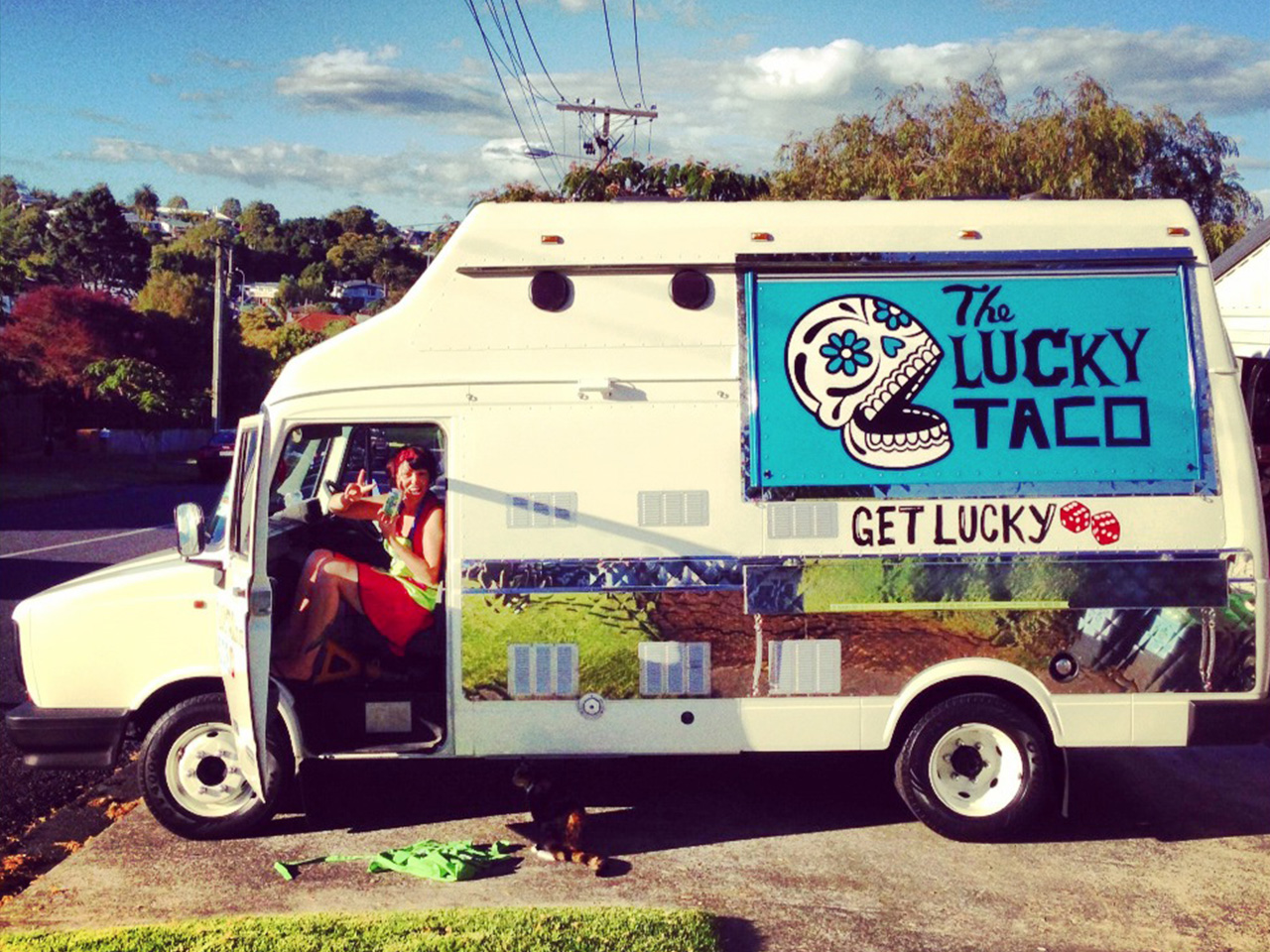 Cheap, fast and flavourful. Food trucks are here to stay.

If you’ve seen the movie Chef, you know that food trucks are driven not just by chefs, but by social media. You’ll need to follow your food trucks on Twitter to stay up to date on where they’ll pop up next. Sound confusing? It’s not! Check out our guide to some of the best meals on wheels that have rolled into town.

Follow: @pizzapilgrims
For a taste of Naples, head to Berwick Street Market where brothers Tom and James Elliot, and their team, can be found serving wood-fired pizzas from the back of a tiny green Piaggio Ape most days of the week. Toppings range from Portobello mushroom and truffle oil to spicy Nduja sausage, providing authentic Italian street food to the masses. This vendor has proven so popular the boys recently opened a restaurant on nearby Dean Street.

Follow: @TheLuckyTacoNZ
Channeling the energy and enthusiasm of a Mexican street party, this NZ North Island taqueria set up shop outside 230 Ponsonby Road a few years ago, and now also serves their addictive spiced fish, slow-roasted pork and marinated skirt steak tacos at various festivals and events across Auckland. Cool the spice with a glass of agua de horchata (sweetened rice milk infused with cinnamon) or a hibiscus and citrus cooler.

Follow: ‪@CantineCali‬‬‬
The team behind Cantine California are intent on bringing the food truck flavours of the US to the markets of Paris – alternating between Marché St. Honoré near the Louvre and the fashionable Marché Raspail located on the Left Bank. Order an Obama’s Burger and feast on an organic beef patty, gouda cheese, chipotle sauce and house made guacamole as you walk alongside the Seine.

Follow: @quieroarepas
Dever’s stateside stalwart is renowned for its Venezuelan-style arepas and pops up at locations across the city – from Broadway Farmers’ Market to Mountain Toad Brewing, where a black bean and rice pabellon is best enjoyed with a side of plantain and a handcrafted fresh beer in the taproom.

‪Follow: @PeoplesPig‬‬‬
Expect a meat feast from this Portland porcine pop-up, where the highlight is the house-made porchetta. Sliced thick, and served in a freshly baked bun packed with rocket and drizzled in lemon juice, the word ‘sandwich’ doesn’t really do this monster justice. There’s also pulled pork, wild boar and beef brisket. You’ll find the truck on SW 10th and Washington. A word of advice: you might want to wear a bib for this one.

Follow: @chairmantruck
Taking flavourful Asian street food to the next level, the team have transformed the humble gua bao (a steamed bun that is a traditional Taiwanese snack) by stuffing it with cool creations such as Coca-Cola braised pork, savoy cabbage and preserved yellow mustard seeds and Muscovy duck confit terrine with green papaya, orange pickled red onions and mint. With its cartoon take on communist propaganda posters – Chairman Bao as a pretty cute panda – it’s easy to spot this bright red truck as it pops up at locations across Frisco.

The German capital has embraced the food truck trend with open arms thanks to a number of street food festivals, (eg Bite Club, held during summer months on a boat that is permanently anchored next to Badeschiff). Traditional Beijing-style jiaozi from the House of Flying Dumplings – found steaming away in a converted VW camper – sell out fast. Keeping it simple but never compromising on flavour, the fillings are limited to minced pork and chive or tofu and shitake mushroom.