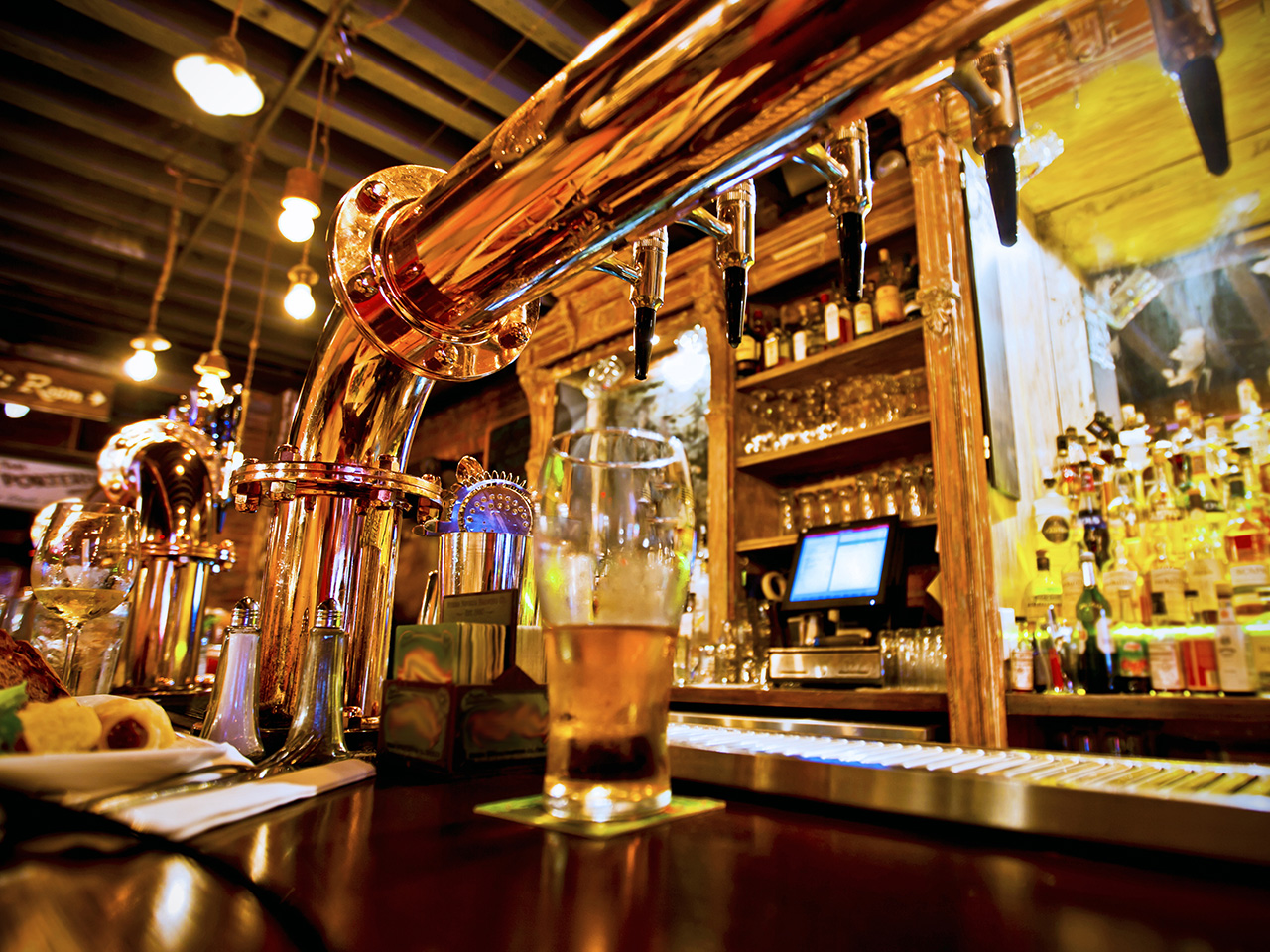 For some of us, October only means one thing – Oktoberfest, a 16-day celebration in the Bavarian city of Munich, where the beer halls play host to thousands of international visitors. But if you’re not headed to Germany, you can still raise a toast to all things malt and hops in the many microbreweries around the world. Here’s the Listopedia Bucket List for anyone who wants to seek out some seriously good frothy jugs of beer.

Located under a classic British boozer – the Cock Tavern – in the hip London suburb of Hackney, Howling Hops is a newcomer to the UK’s micro-brewing scene. Experimentation is a big deal here, with usually 15-20 beers on rotation featuring flavours ranging from rhubarb and chocolate to horseradish and elderflower. If fancy flavours aren’t your idea of the perfect pint, try the Pacific Light Ale or step back in time with an Old London Victorian Stout.

Microbreweries are popping up all over Tokyo, but if you want to try a selection of independent offerings in one sitting (and don’t plan on heading home any time soon) make for Ant ‘n Bee. This intimate basement bar in the nightlife-central district of Roppongi is open from early evening till dawn and serves a regularly changing selection of 20 draught beers in three glass sizes.

Independent to the core, it’s no surprise the offbeat city of Portland is home to more than 70 microbreweries and brewpubs doing things a little bit differently. We recommend passing a hop-driven afternoon in the tasting room of Hair of the Dog, where sample glasses of beer start at just $1. Plus, in true Portland style, the team’s eco-conscience is a priority, with ingredients sourced from within a 350-mile radius of the pub. The brewery also runs on recycled equipment.

For a look at the beer-making process, visitors to this family run pub in the charming Recoleta neighbourhood are greeted by the sight of towering metal tanks and a tangle of pipes leading straight from the Buller beer-making operation to the taps. It’s the first microbrewery in Buenos Aires and the team are so proud of their onsite-brewing credentials they have placed their imported American equipment front and centre.

Forget ordering a glass of sauvignon blanc to complement your seafood supper, it’s all about a cloudy, citrus-tasting, aromatic witbier. Beer gastronomy is big in Belgium, and Restobieres restaurant has been leading the ‘cuisine à la bière’ movement for decades. Serving a hearty menu of dishes cooked with beer, the staff will complete the experience with matching suggestions for each course, picked from the hundreds of bottles on offer.

Keen to live up to its reputation as the craft beer capital of New Zealand, Nelson has devised a tasting trail for the discerning drinker. Taking in 15 pubs and microbreweries, and passing historic hop kilns along the way, the route finishes in Onekaka and the atmospheric Mussel Inn, where you can taste the original Captain Cooker – a malty ale infused with manuka, a native tea tree. Chase it down with a homemade pie or a bowl of chowder; you’re bound to be starving after completing this beery pilgrimage.

Western Cape, South Africa: For a walk on the wild side

Housed in a former dynamite plant, Triggerfish Brewing is possibly the only place in the world where you can taste beer made in an old anthracite storage facility. And it isn’t just the surrounds that make for an explosive experience. The team’s one-off seasonal ‘wild’ beers are renowned for their bold and unusual flavours. The Bonito Bomb is spiced with buchu, a traditional South African medicinal herb, while the Black Marlin Russian Imperial Stout features local treacle and aniseed.

Expect to find beers infused with local flavours – such as Maui gold pineapple, hand-toasted coconut and lemongrass – at Maui Brewing Company, a Hawaiian microbrewery where sustainability is just as important as creating the perfect drop. The eye-catching aluminum cans feature artwork by local artists and can be recycled. In addition, processed grains are collected and donated to a few local ranches where they are used for cattle feed and composting.