Listopedia: once in a lifetime restaurants to visit around the World | Out There Starts Here

Listopedia: once in a lifetime restaurants to visit around the World 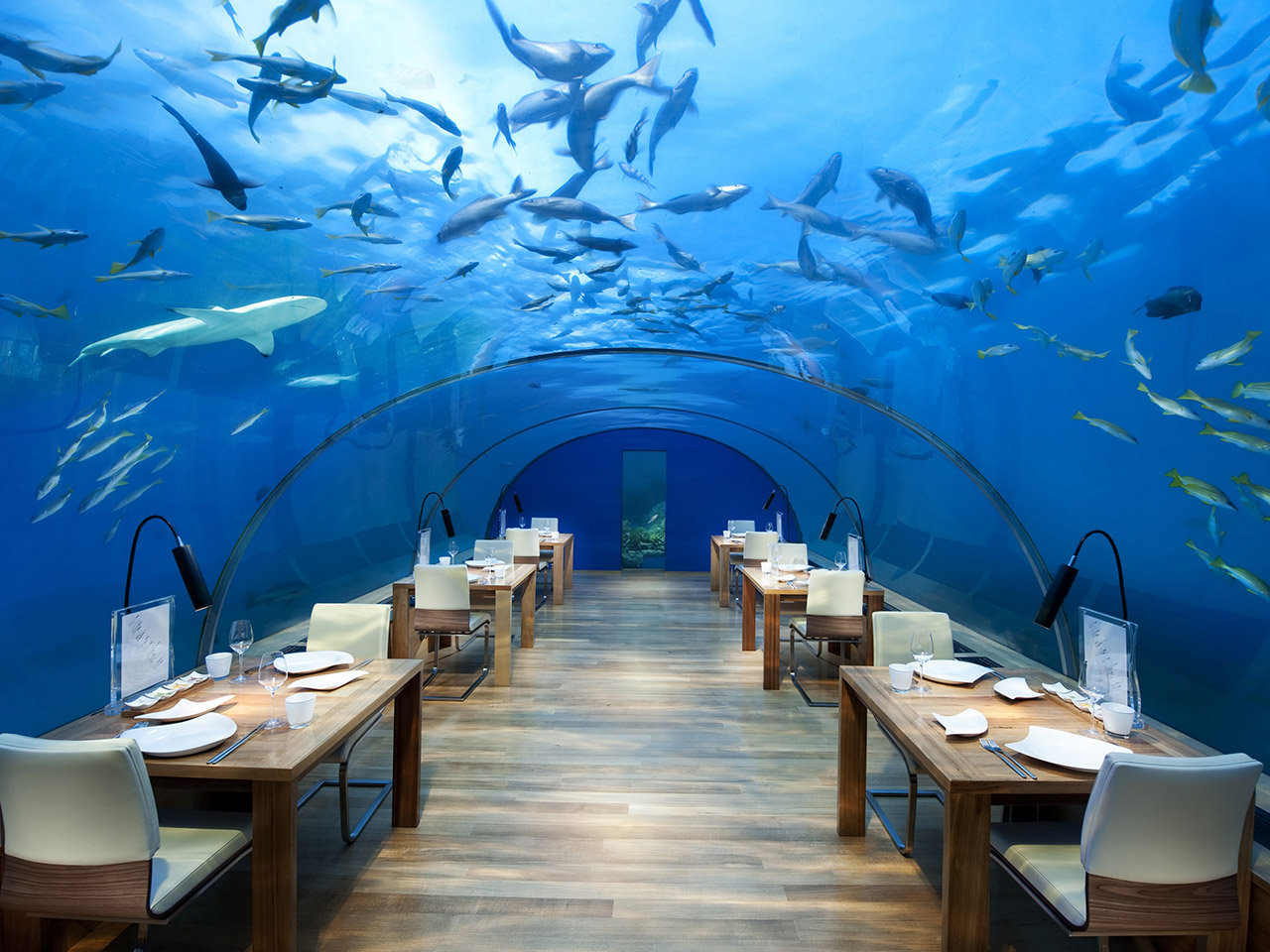 Forget four walls and fancy fit outs, fine dining has broken free of the restaurant and run wild. From the sand dunes of the Dubai desert to the ocean floor in the Maldives, here’s Expedia’s Listopedia of the world’s most unusual dining experiences.

Just like the song goes, the world’s first underwater restaurant sits “down where its wetter”, five metres below sea level to be precise. The domed frame of Ithaa at the Conrad Maldives Rangali is completely see through, so you can watch the sea life swim past while you indulge in a four course lunch or a six course dinner. Modern European cuisine is painstakingly brought down to your table, where you’ll be so distracted by giant manta rays and clusters of clown fish that you’ll probably miss your mouth with the fork a few times. The restaurant was originally shipped over from Singapore and sunk with 80 tonnes of sand – to this day it’s an impressive feat of engineering that requires daily cleaning by a team of scuba divers.

After a day driving around the wilds of South Africa, the last thing you’ll feel like doing is being tucked up inside. The wilderness of South Africa is literally on your doorstep at Londolozi, where there are no fences between you and the roaming animals. Don’t worry, the staff won’t let a baboon burst in on your boma – the traditional wooden enclosures are the setting for a dinner under the stars. The circular space is filled with tables set for two, with hurricane lamps and tiki flames providing just enough light for you to enjoy your flame grilled steak without taking away from the plethora of stars laid out in the sky.

We’re not talking about supper on a sail boat. The sails of the Sydney Opera House are the dramatic setting for Bennelong Restaurant. One of Sydney’s finest dining establishments, Bennelong has a reputation for food as fine as its five star view. Request a table right up against the glass as you work through a menu showcasing the best of Australian produce. The Opera House-inspired pavlova is a must for dessert.

Oahu – the easiest romantic holiday ever

Oahu. A land where swaying palm trees and aquamarine beaches meet fine dining and five star hotels. Where surfing, smoothie shacks coupled with road trips to meet dinosaurs are part of the everyday. Where honeymooners dance under the stars and …