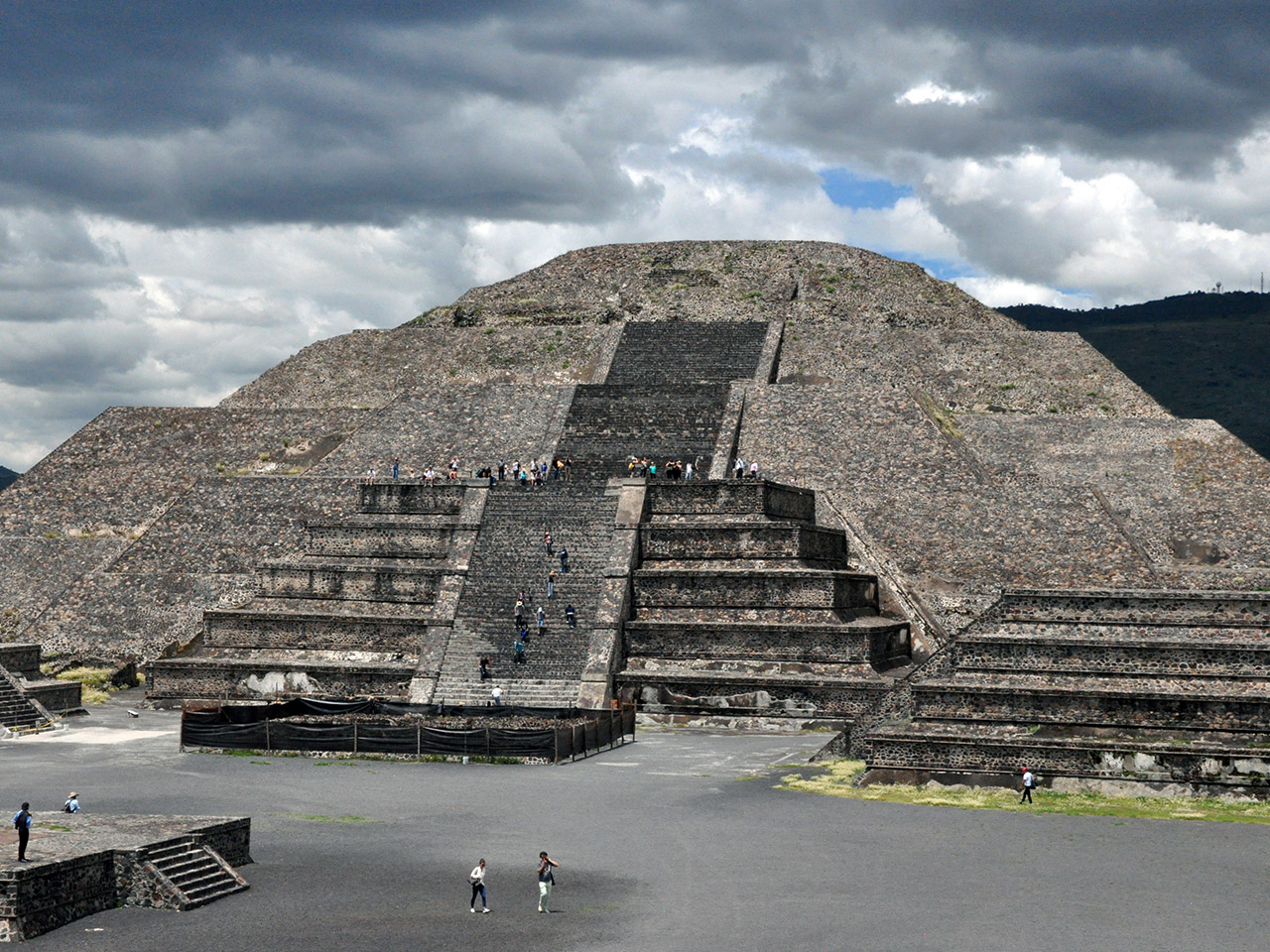 We arrived in Mexico City expecting culture and we weren’t disappointed. Mexico City offers many things to a visitor – it’s got a true eclectic nature and national pride that’s a must-experience. We arrived during the city’s preparations for Independence Day. Flags were everywhere and the locals were already donning their country’s national colours with pride. That was just the start of an energetic, colourful visit to this great city.

The locals have a strong admiration of art. Frida Kahlo’s house is an icon of Mexican art and culture. You might have to wait an hour in the long line, but it’s worth it. You’ll understand why this woman inspired so many people locally and internationally. Having lost the use of her legs, being confined to a wheelchair and then a bed for the latter part of her life, she continued to paint self-portraits and develop sculptures. She was inspired by her surroundings, from the architecture and ancient old buildings of the city to the people.

Fun fact: Many of the buildings in the city look like they’re on a tilt – the city was built on a dried lake bed residing in an old crater.

To sum up, food is everywhere in Mexico City! Our favourite dish was El Molcajetes – BBQ meats, cheese and cactus cooked in a sizzling bowl, which you then wrap up in a tortilla. Delicious. It’s really true when people who’ve been to Mexico say that the Mexican fare offered in other countries is not the same. I can definitely confirm the “real Mexican” is much, much better!

A trip to Mexico City isn’t complete without venturing to see the Lucha Libre wrestling. There are a number of different wrestlers, all with different attributes, but the main goal of the night is humour. Expect plenty of high flying acrobats and back flips from the ropes. Everyone in the crowd wears the face mask of their favourite wrestler. It’s definitely something worth seeing at least once. You can purchase your own masks after the show if you missed out beforehand. Great souvenirs for the kids…and the adults!

One of the main highlights of my time in Mexico City was a day trip to Teotihuacan, the ancient pyramids of the Aztecs. It’s bewildering to stand at the base of these enormous monuments that are thousands of years old. The pyramid of the Sun and the Moon are the biggest on site and The Pyramid of the Sun is the third largest in the world, standing at about 75 metres high. The steep climb of around 250 steps takes some effort, especially considering Mexico City is at an altitude of 2200m, but it’s worth it. You’re rewarded with a spectacular 360 degree view. You have to get there soon though as there are plans to stop visitors climbing the structures for preservation reasons. You’ll find intricate sculptures and ancient old art work on the walls of the surrounding ruins, and even an old irrigation system! The tour ended with good old-fashioned Tequila from the agave plant and Molcajetes.

Expedia’s Kiwi travellers tend to spend 2-3 days in Mexico City, that’s plenty of time to check out a few of the above cultural experiences.