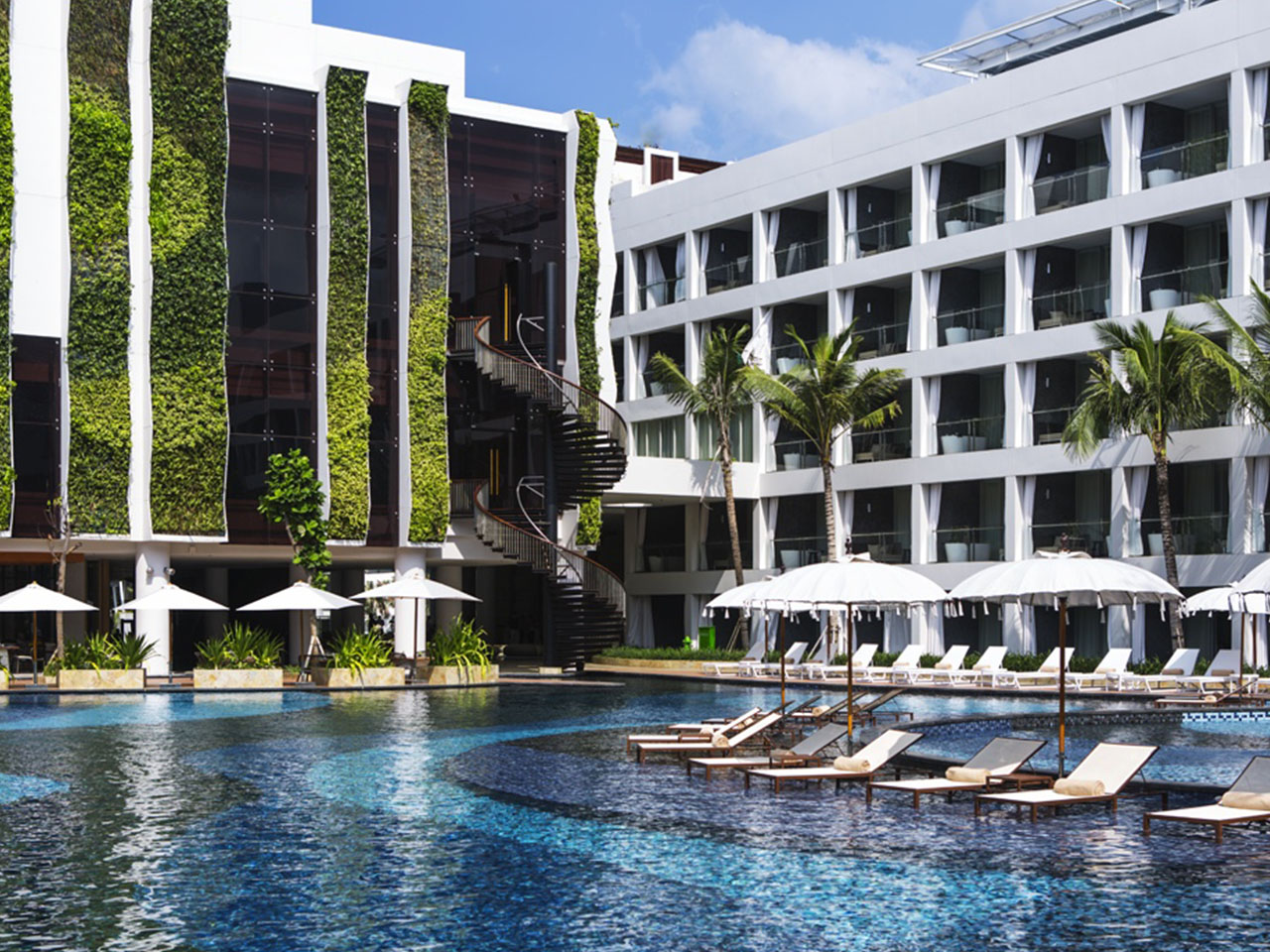 Hotels from some of Expedia’s top trending destinations for October, 2014

This hotel is right in the heart of bustling Kuta but when you’re sitting by the pool or at the swim up bar, you wouldn’t know it. Walk through the vast lobby to the pool, which sprawls out across the centre of the property. Cabanas, bean bags, hammocks, lounge chairs, swim up bar, there’s every possible option. The big bath tubs on the balconies of deluxe rooms are a nice touch and the breakfast buffet is legendary.

When you touch down in Darwin, the first thing you notice is the heat. By the time you’ve collected your bags and taken the short ride into the CBD, you’re desperate for air conditioning and a swim. That’s where the Mantra Pandanas delivers. The pool is big and beautiful. Often shaded by the buildings, it’s the perfect spot for a respite from the heat. The hotel’s rooms have overhead fans and air conditioning, another bonus. They’re also modern with great views out over the city.

This luxury brand doesn’t disappoint – its brand new Singapore hotel has 134 rooms decked out with a French chic theme. Think high ceilings, dramatic draping and a crest designed by Karl Lagerfeld. The two wings of the hotel house Heritage and Hip rooms, with many of the spaces unusually proportioned thanks to conversation restrictions on the building, but that just adds charm.

Canberra is suddenly the capitol of cool and Hotel Hotel has played a big part in the revival of the city. It’s so cool they named it twice. Maybe not, but this hotel does has some serious design cred. Created by the Molonglo Group, this hotel has art in every room. Every room is art. From clay-rendered walls and vintage furniture to an art house cinema on site, Hotel Hotel is about more than a place to sleep.

There’s something to be said for staying somewhere different. This boutique hotel does luxury in its own way. Chandeliers, vintage motorbikes, contemporary art – there’s a decadent vibe that spreads from the lobby and restaurant right through to the rooms. The hotel’s Deluxe rooms have just been renovated as part of a 2 million dollar refurb, with more touches to come.