Unique Sleeps: The Peninsula Paris | Out There Starts Here 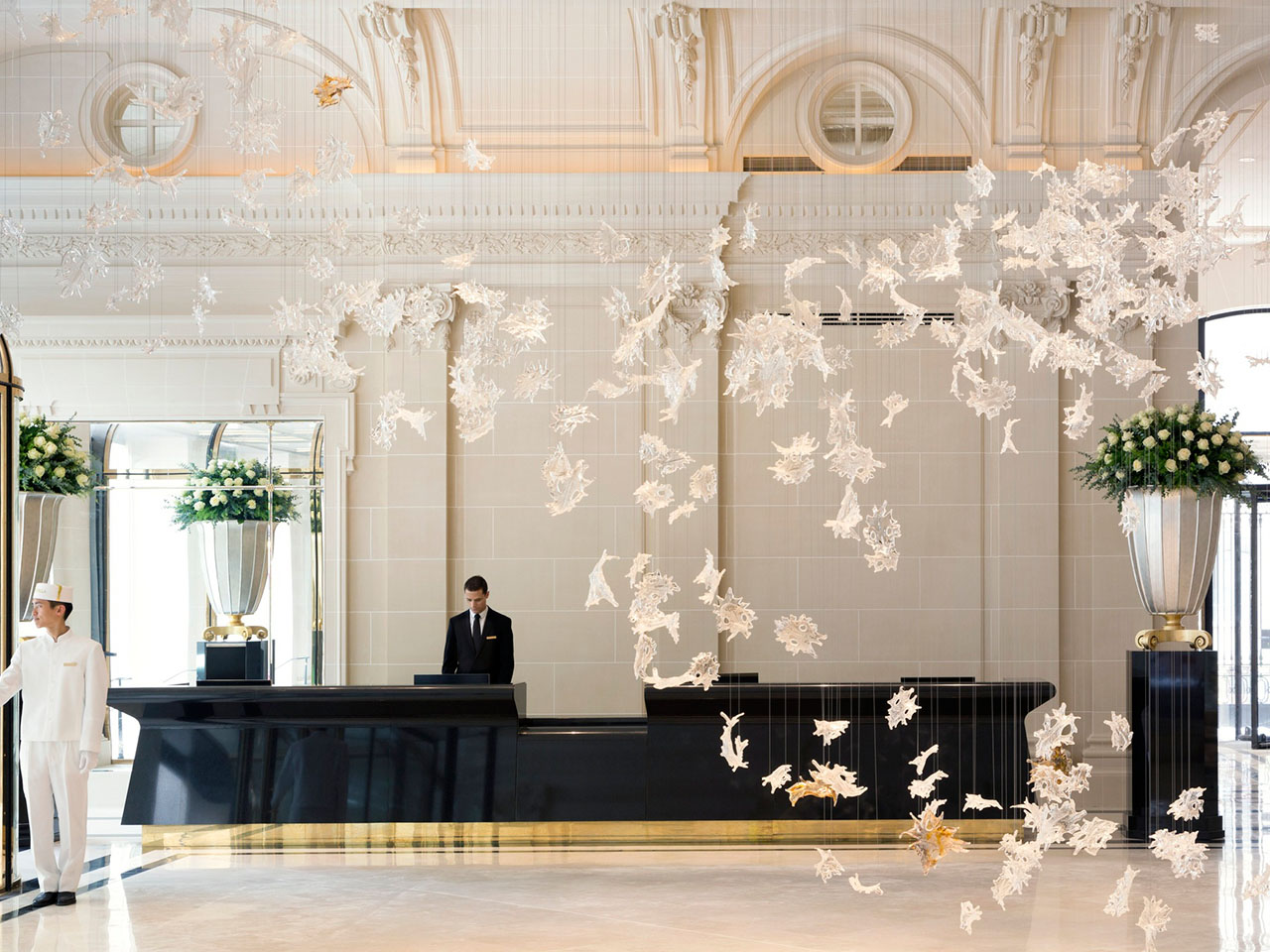 There’s luxury travel and then there’s luxury travel in Paris. The City of Light is in the midst of a major shake-up at the pointy end of its tourist market, with prestige hotels including Hôtel de Crillon, Plaza Athenee and The Ritz undergoing multi-million dollar upgrades. However, it’s the new kid on the Rue – The Peninsula – that’s generating the most excitement.

This is the tenth location for the iconic Asian brand, which is renown for its opulent, uber-luxe properties. This hotel is no exception. Every inch of the vast Peninsula Paris is spectacular. No, it’s more than that. It’s Paris spectacular, which has its own measure on the spectacular scale.

The hotel’s landmark Haussmann building sits at the top of Avenue Kléber in the 16th arrondissement, just moments from Trocadéro and the Arc De Triomphe. It was originally built as a palace and has been home to a Russian oligarch and Spanish queen. Converted to a hotel in 1908, the property has significant historical importance. Surviving both World Wars, it was here that George Gershwin composed “An American In Paris” and the Paris Peace Accords, negotiated by Henry Kissinger, were signed in 1973.

It’s a heritage that has been painstakingly respected in an extraordinary one billion dollar restoration. The architects have lost none of the period Wow Factor in modernising the building. Combining soaring ceilings with gold leaf walls; marble terraces with sweeping staircases and filling vast corridors with mega chandeliers – The Peninsula is a serious hotel where attention to extravagance reigns supreme.

The 200 rooms, which include 34 suites, are very generous by the city’s standards. Each bedroom is decorated with a contemporary belle époque vibe. Think dark wood, grey and white linen, black leather and art-deco lighting. It offers an understated elegance, which at first glance appears almost modest, but once you get into the room and start exploring, the real innovation unfolds.

About the Author Paula Joye